According to recent data from the Observatory of Economic Complexity, cotton exports from India dropped by 61% in September 2022 compared to the same month a year earlier.

The decrease was due to a combination of factors, including a decline in global demand and lower cotton production in India.

With 13% of the global trade, changes in cotton exports from India significantly impact the market.

Demand for cotton has been declining due to price volatility and the rise of synthetic alternatives. At its peak in 2011, the world exported $69.9 billion. By 2020, exports had fallen to 45.7B. 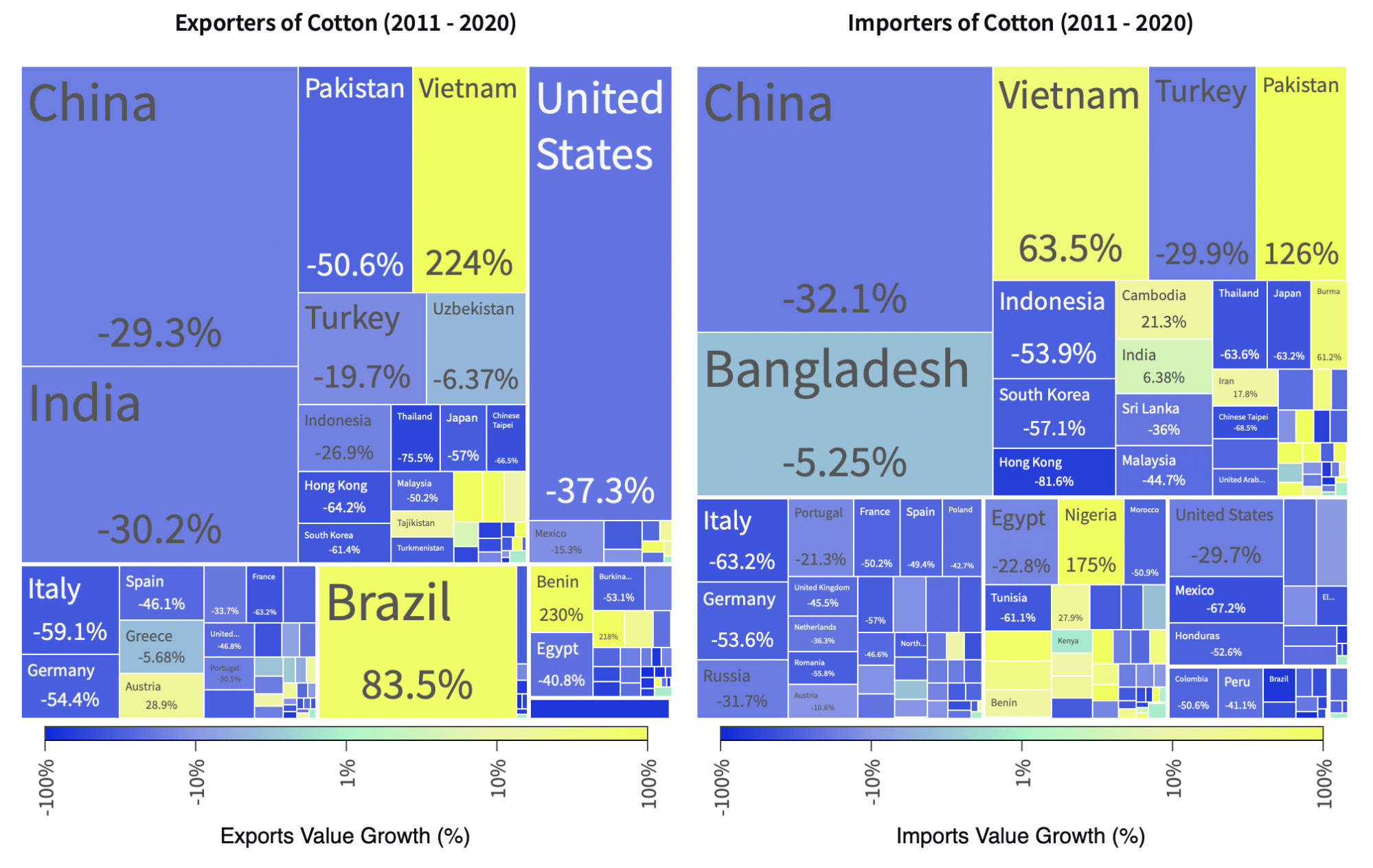 In recent years, India has been the world’s leading producer and exporter of cotton. However, production declined sharply in 2020-2021 due to pest infestations and drought. As a result, India’s share of the global cotton market has fallen from 17% in 2013 to 13% in 2020.

Cotton production varies significantly over the world. However, world production fell in 2021 due to weakening Chinese imports and massive global inventories, which reduced cotton prices and incentives to plant cotton. As a result, 2022 will likely see the lowest utilization of cotton mills globally.

In September 2022, India exported just over 1.04M tons of cotton, compared to the 2.04 million tons in the same month a year earlier. The drop was most pronounced in Bangladesh, India’s largest export market, where exports fell by 64%. In addition, exports to Egypt, another important market for India's cotton, were down by 47.7%. However, the decline in Indian exports is likely to be welcomed by producers in other countries, who have struggled with oversupply and low prices. 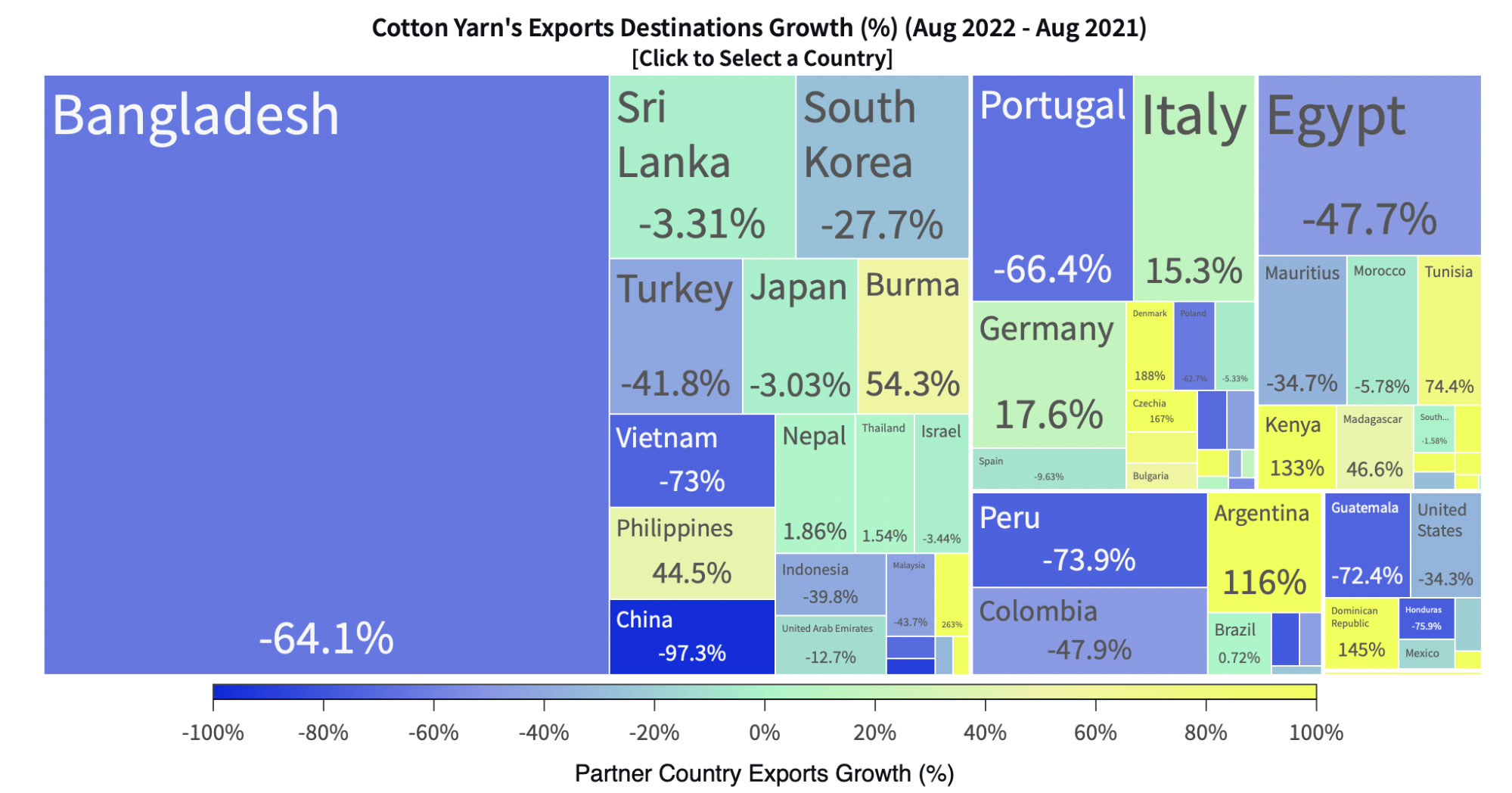 In 2020, the top two cotton producers, India and China, accounted for almost 35 percent of worldwide cotton exports, while the top five shared three-quarters of global cotton exports. India's cotton acreage accounts for around 40% of the world's total.

The United States used to be the world's third-largest cotton exporter. However, in recent years, seed genetic advancements and favorable cotton pricing relative to other field crops have allowed the US crop a resurgence. As a result, the state of Texas, which is now one of the world's largest cotton-exporting regions, has experienced record exports. For example, in August 2022, cotton exports increased by $279M (196%) in one year.

As a result, in the first three quarters of 2022, Texas exported almost as much cotton as India. 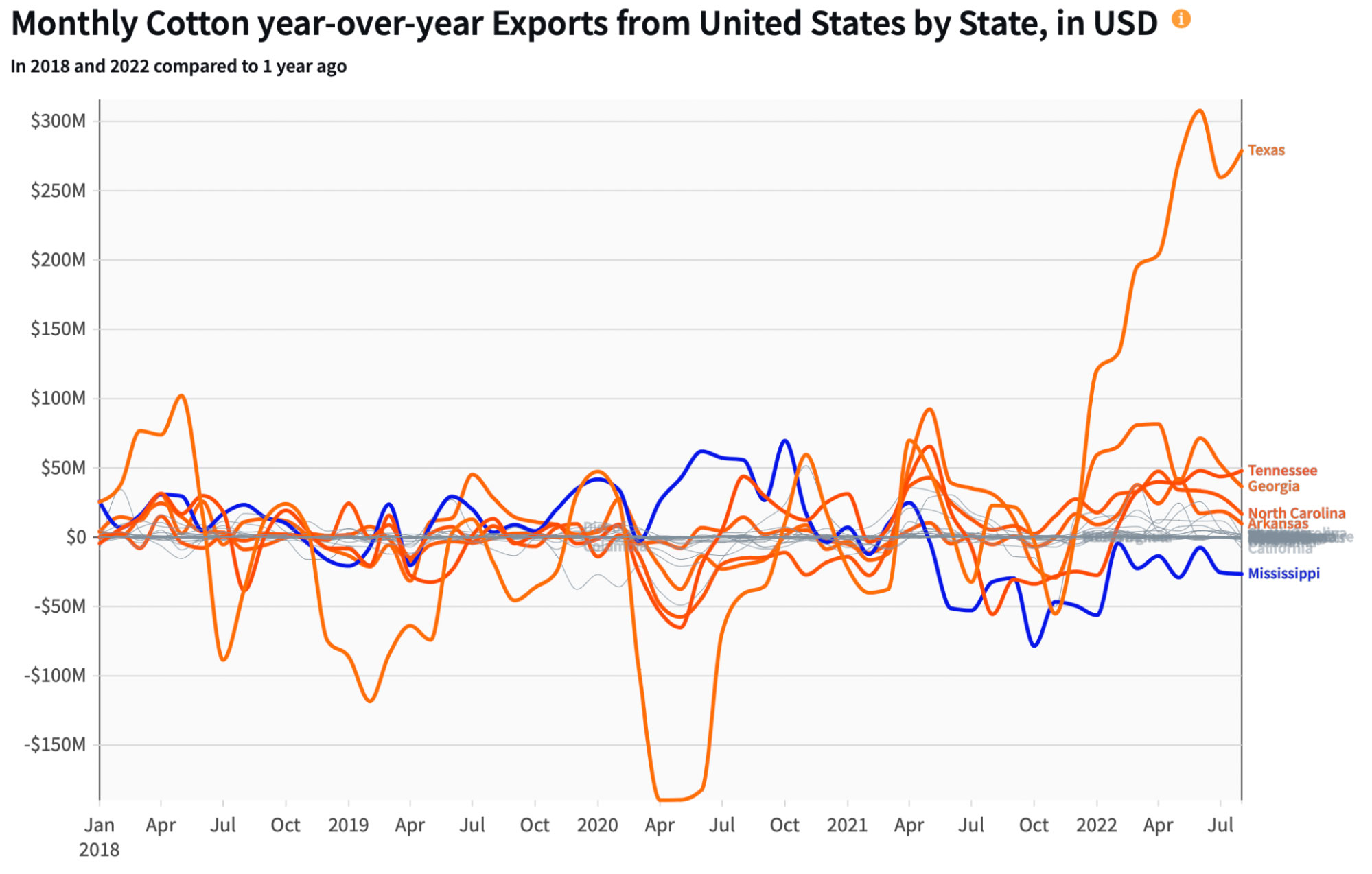 The most significant increases in exports from Texas in August 2022 were in Bangladesh (7.2K%) and India (5K%).

By Gilberto García
ReadJune, 2022How Russia is winning the trade war