The effects of climate change on Brazilian Coffee Exports

Climate change is making your morning cup of coffee more expensive. How much more depends on your taste.

ReadSEPT, 2021The effects of climate change on Brazilian Coffee Exports

Brazil is the world's largest producer of coffee. The country grows 28% of the world's Robusta crop (bitter, used primarily in instant coffee and espresso), and 41% of Arabica, the beans favored by Starbucks, Dunkin Donuts, and McDonalds. The worst drought the country has seen in a century is affecting production, particularly of Arabica, a crop less resistant to the heat than Robusta.

In 2019 Brazil was responsible for over a quarter of the world's exports in Coffee.

July trade data from Brazil shows how coffee production is already affected by climate change, and suggests how our taste for coffee could evolve in a warmer future. 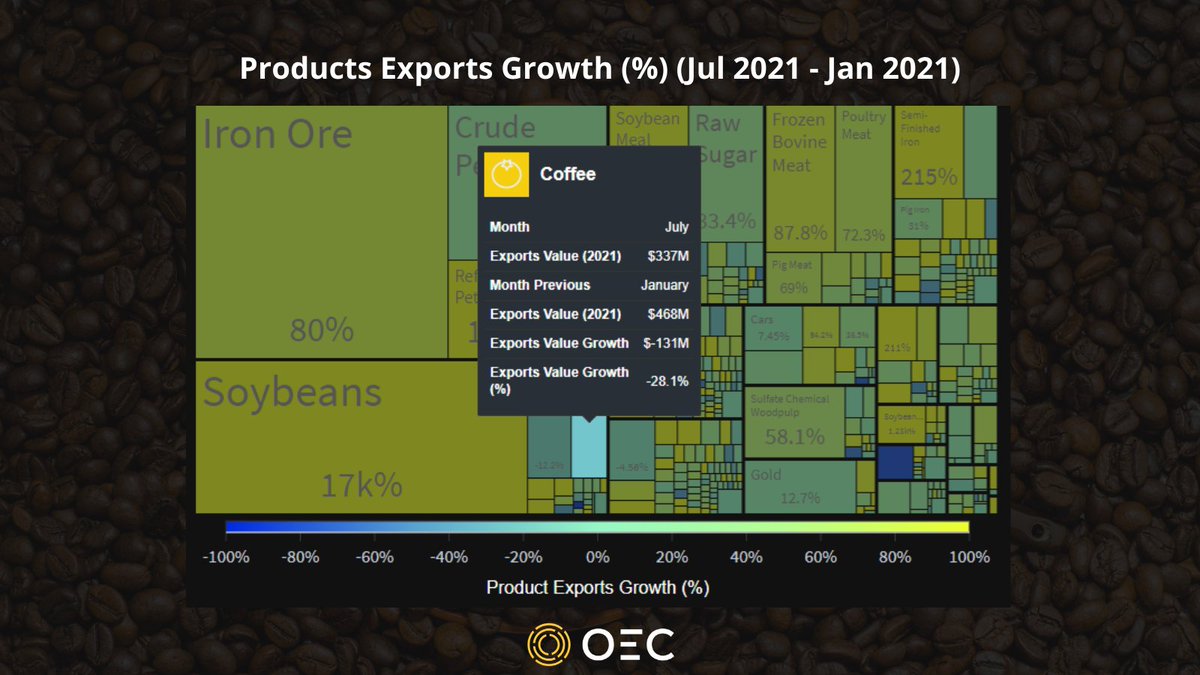 Exports of coffee from Brazil are down over 28% YoY!

Coffee is one of the most globally traded commodities, with a total annual trade of $30B in 2019 (1). Two species of coffee, Arabica (70%) and Robusta (30%), account for virtually all production. Robusta can grow in hotter temperatures, and produces more fruit with more caffeine. A study of the global impact of climate change predicts that the area suitable for Arabica coffee will reduce by 50% by 2050. 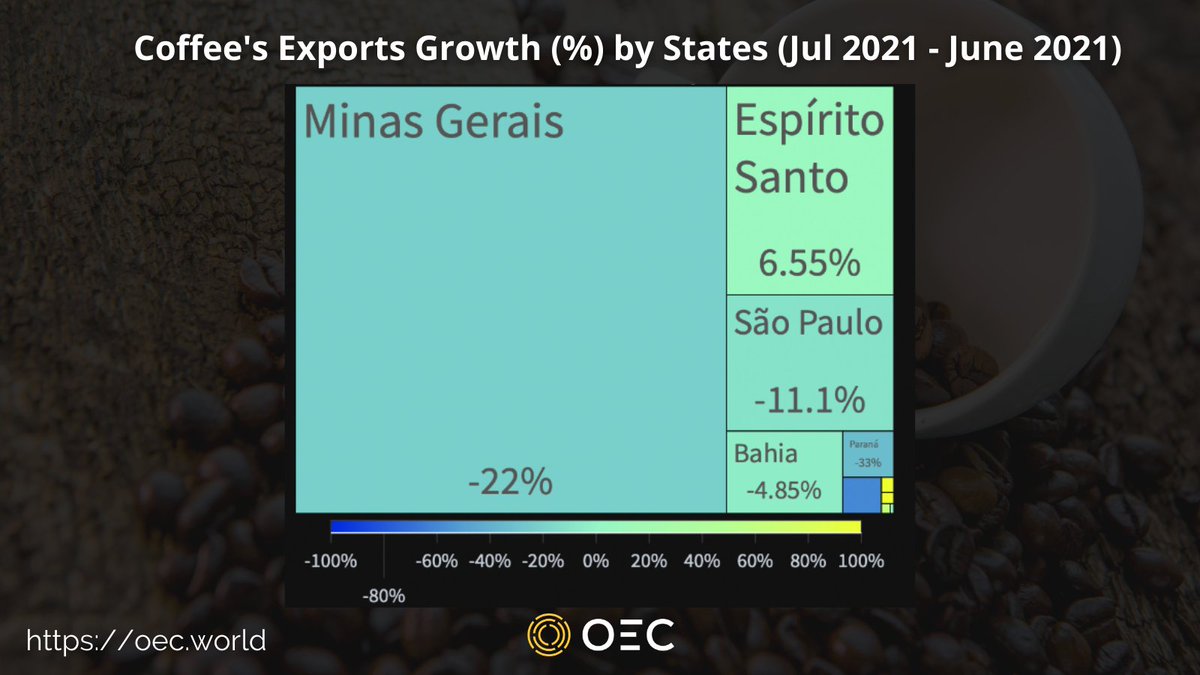 The Brazilian states that have shown the biggest decrease in exports are the ones that specialize in Arabica coffee — Minas Gerais, São Paulo, and Bahia.

Brazil's decline in coffee exports comes with a decrease in Arabica production during the last years. According to the US Department of Agriculture database, Brazil’s Arabica production is expected to drop by 30% this year, while Robusta will grow by 5 percent. 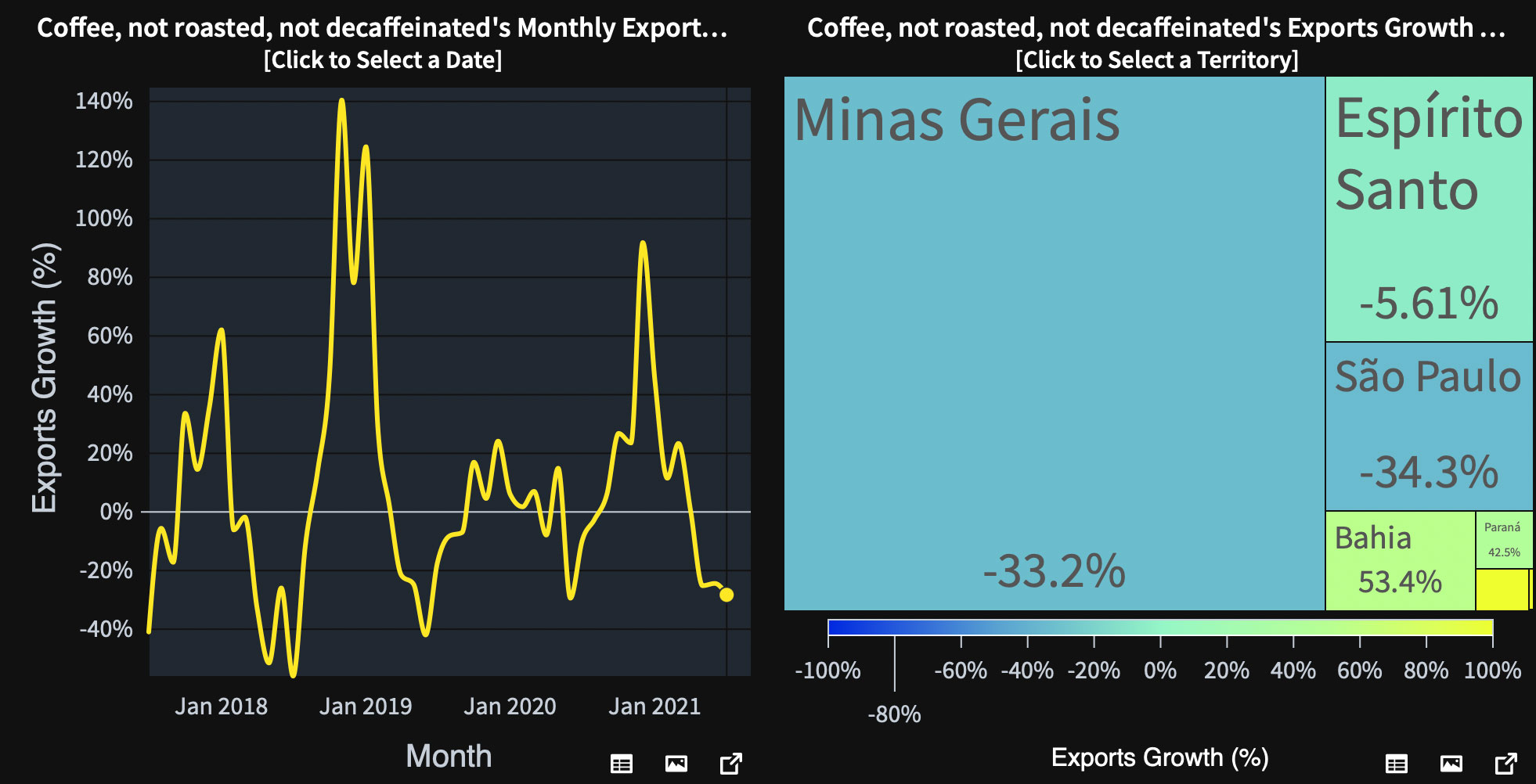 Even in Brazil, Robusta is gaining ground among producers. In 2011, 30% of total production was Robusta. This year, it will be 40%. 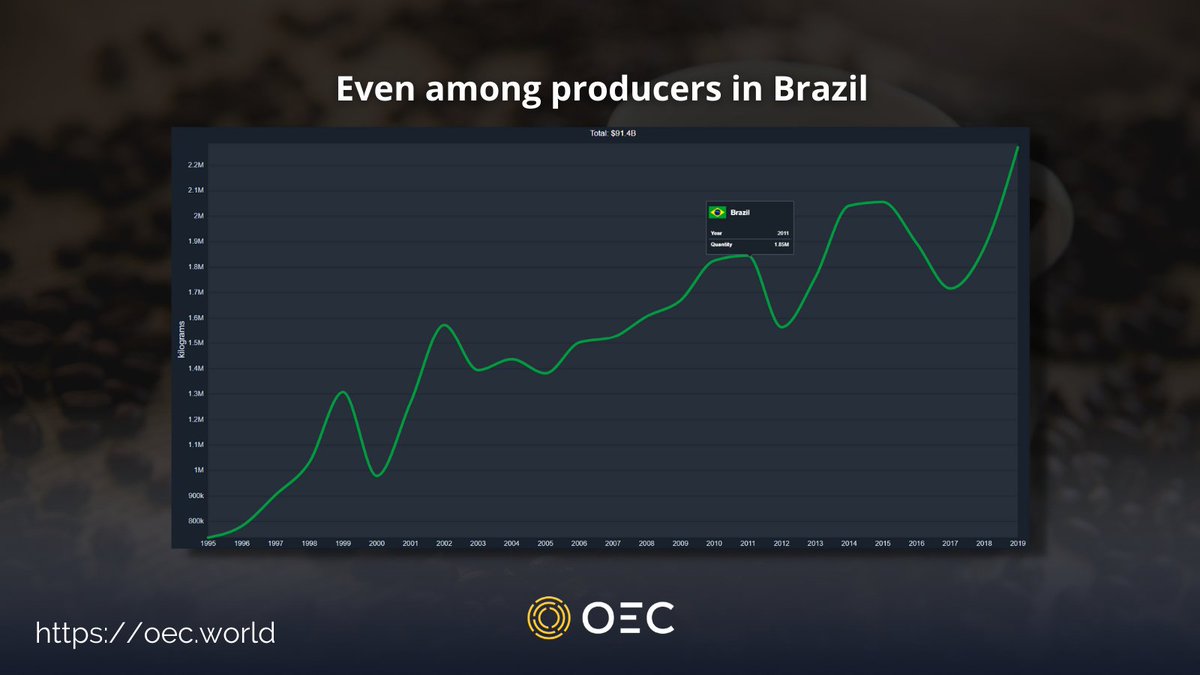 Robusta has been traditionally viewed as inferior to Arabica and thus only fetches a fraction of the cost. Its characteristics have also make Robusta a good option for consumers with a taste for espresso or instant coffee.

Something to be seen is the effect that changes in Arabica production would have on trade and prices of coffee this time around. Demand and price elasticity in 2021 are not the same as in 2011. From a trade perspective, it seems that over the years most people have gradually altered the flavor of their coffee. Not all coffee blends have to be 100% Arabica. Even in the United States, taste for coffee may be evolving.

Recent trade data shows the US is substituting coffee imports from Brazil and Colombia with imports from México, Central America, Ethiopia, Kenya, and China (all Arabica producers). However, Indonesia, Vietnam and Uganda are also increasing exports of Robusta to the US. 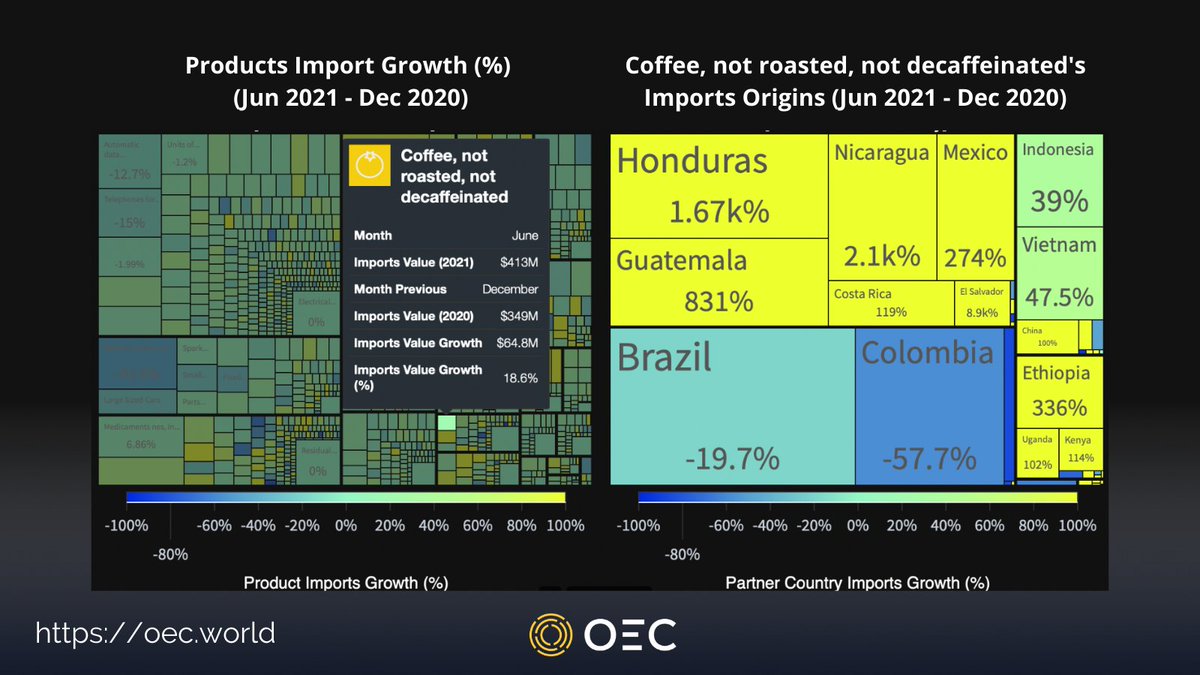